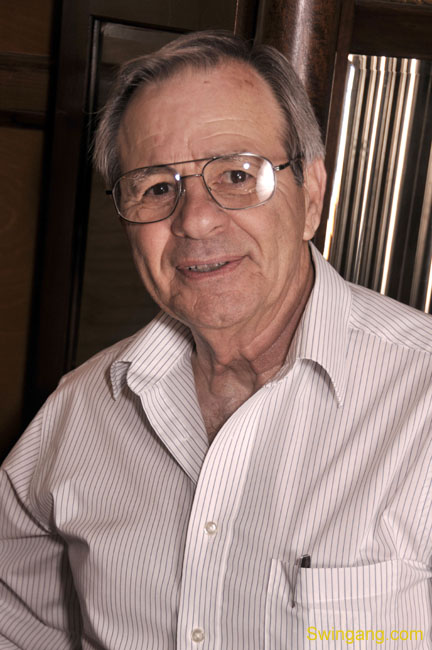 Nicholas R. De Stefano has a BSBA from Bryant University with a major in Management and a minor in Economics. He also attended Providence College in the production engineering MBA program.

He possesses a keen business acumen and intuitive mechanical aptitude.

Experiences include over forty-five years in Marketing including Sales to both Wholesale and Retail establishments and, direct business-to-business sales, distribution, print advertising and, Sales Management.

As a business owner exceeding twenty-seven years, my experiences include Operations, Distribution, Sales Management, Merchandising, all aspects of Marketing, and, overseas out-sourced product manufacturing and distribution.

He also gives exceptional attention to detail which is crucial in crystallizing one’s thoughts in planning and implementing goals and objectives.

Also, he is the author of this book “Who Sleeps In Your Skin?”

Gifted with natural abilities, Nick is an Engineer by birth.

As a young entrepreneur (circa ten years of age) Nick’s first venture, was a neighborhood bicycle repair business.

Additionally, he established a mobile shoe shinning business that existed for several years. Where-ever they were he would perform his magic on his customers’ shoes resulting in a loyal following. Moreover, this was Nick’s first positive response to a marketing campaign by offering a choice of quality to the customer’s shined shoes. The customer made their selection of the price and quality of shine for their shoes.

While continuing to shine shoes and restless and wanting to further advance himself, he worked at a local gas station part-time for several years at various jobs and overtime that included pumping gasoline into automobiles and cleaning their windshields as well as changing automobile tires eventually graduated to perform small repairs on automobiles. Labor laws were very relaxed at that time.

As a restless young man who dropped out of high school where he was actively involved in the high school woodworking program, Nick decided to adventurously join the US Army where it was discovered that he had an exceptionally high mechanical aptitude. There, he trained as a Fuel and Electrical Systems repairman and worked on truck and tank engines that keep the vehicles running smoothly for our troops in France. While stationed in France, Nick completed the requirements for his GED and met his Canadian-born, future bride.

Upon leaving military service, Nick worked as an automobile mechanic for a short time while the courageous lust and desire for new adventures and challenges for himself and his family stirred within.

Desiring a new direction and to expand his learning experiences, he began his sales career with the Fuller Brush Company selling home cleaning products directly to housewives door to door. Always wanting to progress and move forward, Nick entered the Life Insurance business with Metropolitan Life Insurance Company where he worked as a debit agent collecting weekly life insurance premiums.

Moving on to Prudential Life Insurance Company, Nick became one of the youngest staff managers in Prudential at the age of twenty-three with a staff of ten debit agents to supervise.

After working in the insurance industry for several years, and still feeling the need for creativity and personal development, and more challenging adventures, he decided to go on to college seeking formal education and hopes for a brighter future.

In the spirit of a true entrepreneur, Nick removed all obstacles in the way to entering college and completed the four-year college requirements in just three years.

He earned a Bachelor of Science in Business Administration degree from Bryant University with a Management major and a minor in Economics. He then attended Providence College in the MBA program with a focus on production management.

After leaving Providence College, Nick decided to return to the Insurance industry trying his hand at brokering group health insurance rather than individual sales. Shortly thereafter, with the overwhelming desire to use the skills that his creator gave him, Nick entered the field of Sales Engineering with a focus on industrial equipment sales and service evaluating forklift trucks and material handling equipment requirements for the end-user.

During these years of incubation, Nick practiced and honed his skills growing more restless and desirous of the opportunity to expand his horizons where he could prove to himself that he could succeed as an independent entrepreneur.

More restless than ever and needing more thrust in his life, Nick came to realize that he needed to be an independent businessman. Thus the entrepreneurial spirit surfaced overwhelmingly which started a twenty-seven-year experience that took him around the world where he experienced the fruits of his efforts and the opportunity to mingle and share with others of different cultures and experiences, generously enriched by their culture and being. Always observant, Nick learned from his experiences to appreciate another for whom they are appreciating and to acknowledge their values and contributions to mankind.

He also observed that even in different cultures, we as humans share the same values in life and family.

Regardless of our cultural experiences, we are one! The humans of this earth have a common bond. We share love, care for others, have compassion for each other, and creatively share in life’s adventures. Our language may differ but our ability to communicate is profound!

During the twenty-seven years Nick operated his international jewelry business, he realized the wisdom in repeatedly reinventing his business. Setting goals for himself and his business he discovered the obstacles on his way to success and derived procedures to conquer those obstacles successfully reaching his objectives.

During the twenty-seven years of directing his business, Nick realized the concept of Marketing; how it worked, the different parts of Marketing, and the importance of a Marketing Plan of Action to complement the Business Plan.

After selling his business, Nick found the time to write his book entitled “WHO SLEEPS IN YOUR SKIN?” in which many business principles are discussed.

The book resulted from several years of soul searching. After surviving a radical Prostatectomy and surviving cancer itself, it seemed necessary to question his very existence and being, questioning survival itself and the importance this must-have on life and mankind.

This book is about the challenges in life one faces with an analogy to that of a mighty river.

Essentially, humans have an origin and a destiny.

The mighty river fearlessly embraces and defeats all challenges in its way to destiny. Man on the other hand allows interference from past experiences that may defeat success in conquering obstacles in navigation towards one’s destiny. Nick’s book suggests that one may challenge and defeat old and outdated theories, practices, or ideas to productively and effectively orchestrate one’s pathway to destiny successfully.

A never-ending opportunity to help others to reach their goals.